Check out some of our past rescues and Happy Tails from 2015!

Thanks so much for sending Buddy such nice dogs!

Logger has been adopted already but won't be joining his new family until next week after he gets neutered (all three boys will be getting neutered on 2-24).  However, his new family is coming every day to spend time with him, so he will be bonding with them before he leaves Buddy.

I anticipate that Hendrix will be adopted before the end of the week - because he is such a sweet puppy.

Mackey will take some time, but he is so nice - I'll be taking him with me this Saturday on a meet and greet if he is not adopted by then.  This particular venue I'm going to on Saturday, it seems that every dog we bring have been adopted by a customer (we do not adopt on the spot - the customer must go to the shelter and go through the entire adoption process with all family members present and other resident dogs is applicable).  So fingers cross that Mackey will find his new forever family.

We are not showing Saddy yet to the public - she will be having an ultra sound at the end of the week for a confirmation of pregnancy but she was groomed on Sunday and is beautiful.  She will get adopted quickly once we show her.

I think the Buddy/K9 Connection relationship is going to work out great. 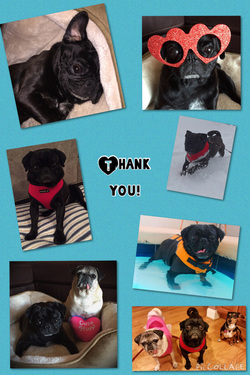 He is a doll. It's fun watching him learn how to be a playful pug. Every day he progresses a little bit. Even though he's blind he's learned his away around the house (although it was funny to watch him run right into snow mounds). Pamela, you were totally right on how blind dogs adjust. He is very attached to my other pug, Zoe. And she's finally back to herself. It's very nice to see!

A few things about Roscoe:
- He's learned the joy of a belly rub. He trusts me enough to walk right on over and roll on his back.
- He loves to wrap up in blankets and to cuddle with Zoe.
- He's learning how to swim! Zoe goes for arthritis and he's joined in.
- Everyone loves him and thinks he's adorable. He's a big kisser.
- He loves to run and play in the snow. Zoe and him race down the hallway to the elevator.
- He has a huge crush on the dog walker's dog - Daisy the Dachshund
- He is learning quickly. He's stopped 90% of his marking, and loves his crate. He knows his name, come here and no.

Thank you again for helping to get his eye diagnosis confirmed and working with me to ensure we were the right fit for him. I know we all did right by him and he's where he belongs. Val, thanks again for helping pay for part of the vet bill. I can tell the new eye medications are already helping him with comfort and further problems. 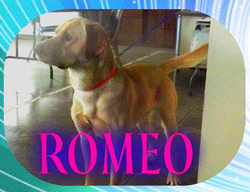 They are doing so great!!! Romeo is amazing and settled in immediately


He is awesome with the kids and dogs :) He slept on the dog bed in our room last night with our two already & no accidents at all. He is just a great dog! 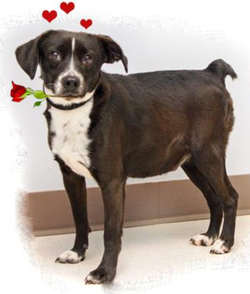 This sweet little girl is the one that had previous breaks in her pelvis and a leg and then had seven babies.  Now she has new parents to love her and take care of her.

They are all doing well. She is sweet as can be to me!

Thanks for letting me enjoy this little family for awhile! 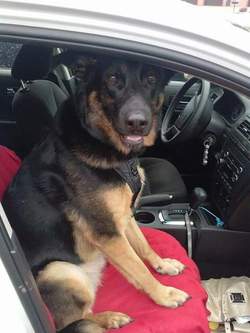 I just want to start by saying that I am very glad Quinton ended up with me.

August 29th Quinton had very severe diarrhea and we ended up in the ER. His issues compounded and he ended up losing almost half his body weight because he was unable to digest his food. Finally, on Halloween, he was officially diagnosed with EPI, along with low B12 and SIBO. This was a very scary time and was affecting all aspects of his life and mine. Quinton was high risk for bloat, infection, and organ failure at this point. He is now on a daily regime of supplements, antibiotics, injections, special food, etc.

He is now up to 90 lbs and is extremely happy and healthy. He will be on meds for the rest of his life.
I wanted to give you an update because looking back on his paperwork, descriptions, and when I met him, there were signs. Many signs. My vet suspects he was borderline all along and our activity level here (compared to lack there of) sent everything rolling over the edge. Point is, shame on his families for giving up. Things aren't always what they seem on the surface.

He is the perfect example of a true rescue, because his life was saved in more than one way when his email found his way to my computer. 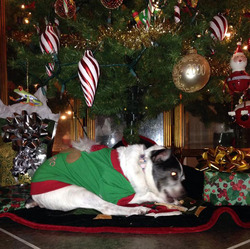 I just have to give you an update on Piglet-


He is in the most amazing home and they just ADORE him!! She sends some updates and pictures every so often. His momma had just lost a dog a month or so before and Piglet really has helped her. 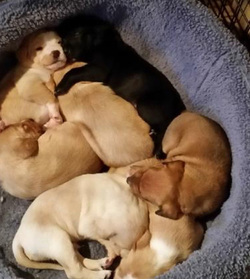 Jenna's puppies are growing by leaps and bounds!

Thank you so very much to everyone who donated to Jenna's radiographs and emergency surgery that resulted in the birth of seven beautiful healthy puppies!

Jena and her babies are still being cared for in one of our wonderful volunteer foster homes.

Packer has settled in and is very happy in his foster home. 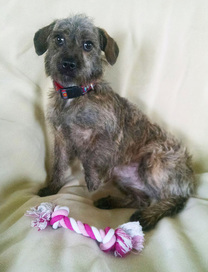 Just had to share this picture with you. Remember I thought she was small and you guessed 30 lbs or under? Then the shelter told you 7-8 pounds?


She is neither of those things! I would guess her to be about 20 lbs.  She is much bigger than I was expecting, but that is okay:). 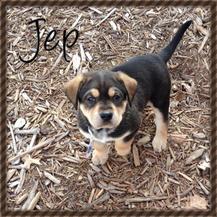 This cute little guy is from a litter of 6 boys with a shep/husky mix mom.


What a lucky boy who has already been adopted!

ADOPTION SPOTLIGHT: We are delighted to report that 6 year old canine companions Jo Jo and Wanka have been adopted! Jo Jo and Wanka were selected to transfer to HHS from a Missouri shelter. While there were many times we could've adopted them out individually, our goal was to place them into the same home so they wouldn't have to be separated. Thank you to their adoptive family who opened their hearts and gave these two wonderful girls their forever home! 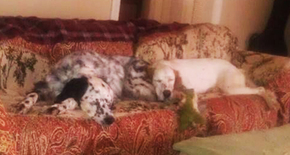 Her new dad lives in Mississippi and has had setters for a long time.  Freck...I mean Cecilia has a brother now named Ernie who was also adopted from ACES.

She got there on Saturday night and by Sunday they were already pals hanging out on the couch :) 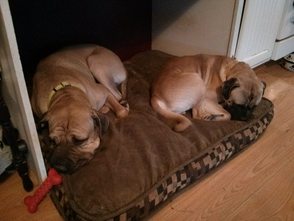 Iggy (right) Thought you would like to see this photo of Iggy boy in his foster home. He was nervous the first few days but has settled in AND I would not be surprised if his foster family makes him a permanent family member. You can see he would be a match set with their current fur kid HULK. 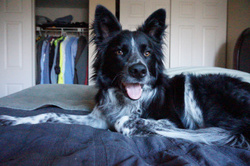 From homeless stray to a life of luxury!

Today, My Dad took me to Prairie Wolf Dog Park, just off Waukegan Road in Lake Forest.  I have fun with all dogs and all people.  I had a Golden Retriever, German Shepherd, and a Belgian Shepherd chasing me today.  I get very forgetful when I am playing with other dogs and their humans…I wander away…but the park is fenced-in and it is easy for My Dad to find me.