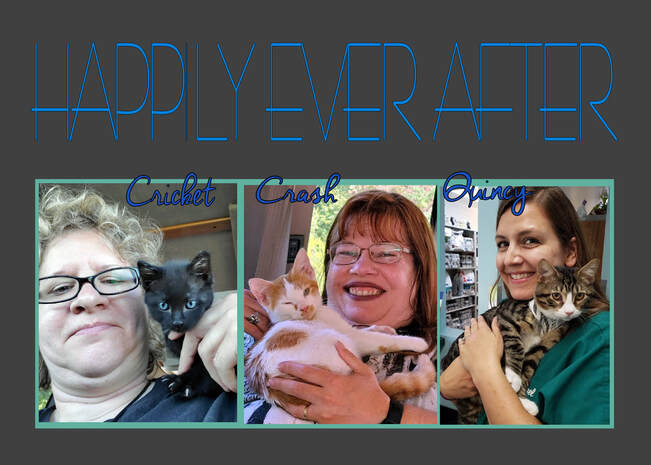 Cricket, Crash, & Quincy -
How cute are these 3 kitties with their forever humans?!?
Cricket and Crash are in a home together where they are enjoying a wealth of love and a lot of "gerbil TV". Quincy was transported at the end of July.  He had a pretty rough burn on his back/neck area that needed vet care. It appears someone at the vet office fell head over heels for him and made him her own. ❤️
Good job kitty cats! 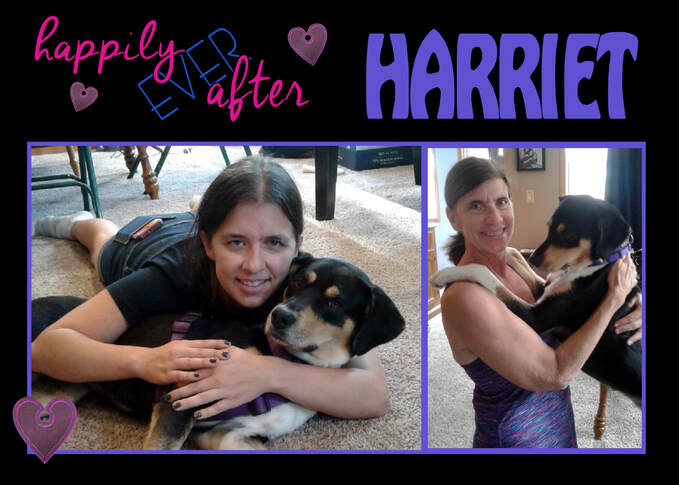 Harriet -
From unclaimed stray to beloved family member!
We transported Harriet about early-to-mid August. Her friends at Bonafied described her as an absolute JEWEL. She is now settling in with her forever family who likes to run. Miss Harriet will be running 5ks with them in no time!

Good job beautiful Harriet, we are over the moon happy for you! 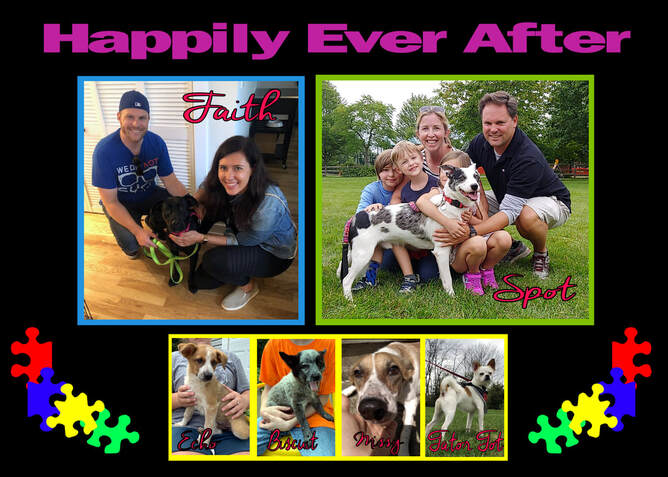 ​Faith, Spot, and others -
We'd like to send a great big CoNgRaTuLaTiOnS out to some of our recent passengers for finding their forever homes. Faith was an unclaimed stray we transported on 8/24. Spot was just transported on 8/30. He had some outstanding vetting to be done, but his forever family was so great to bring him home right away and work with his rescue while everything is taken care of. We don't have adoption pictures for Echo, Biscuit, Missy, and Tator Tot (all transported 8/17) but we did receive notification that they were all adopted over this past week. Good job cutie pies!! ❤️

​Ragnar (fka Amstel) -
Ragnar was displaced around early June due to the separation of his humans. In his first foster home Ragnar found himself in unfortunate circumstances and consequently he then had a "record" to overcome. Thanks to the team work of Quincy Humane Society, Quincy K-9 Connection - Animals in Need of Rescue, Quincy, IL, and Cause For Paws Rescue located in Byron, Illinois, Ragnar got a fresh start on June 15th. ❤️💗❤️
He was adopted about a month ago by a lovely lady who was mourning the loss of her late Doberman. This is what she has to say,
"Hi! Yesterday was officially a month since the adoption! I just want to thank you so much for giving us the privilege to be with Ragnar . . . Although he has slept in our room since the 8th, he hasn’t wanted to lay in bed with us and the girls (other dogs), so he has slept on our floor BUT last night he actually wanted to try. It lasted for maybe an hour. He normally gets all ‘cray-cray’ when on the bed or couch with us but he was calm and soaking all the attention in last night. He’s a character. He is also a blessing to me, seriously. I told you that since that day in April that I hadn’t been going outside and I had been staying in my room when not at work and just breaking down and bawling. Well since I have brought Ragnar home, I have been outside every day, I have laughed every day, I have looked forward to going home every day and I have only bawled twice since I have had him. He keeps me on my toes and distracted (constant playtime!) and just fills that painful void that was so huge and obvious in our home. I hope I have helped him as much as he has already helped me. My son turns 19th today, he moved to Indy last Thursday and he started college at IUPUI this last Monday. Officially an empty nester. So yes, Ragnar is such a blessing to me. Thank you so much!!!! So much!!!!!"
💙🐾💙🐾💙🐾💙
Good BOY Ragnar!! We are happy beyond words for you!! 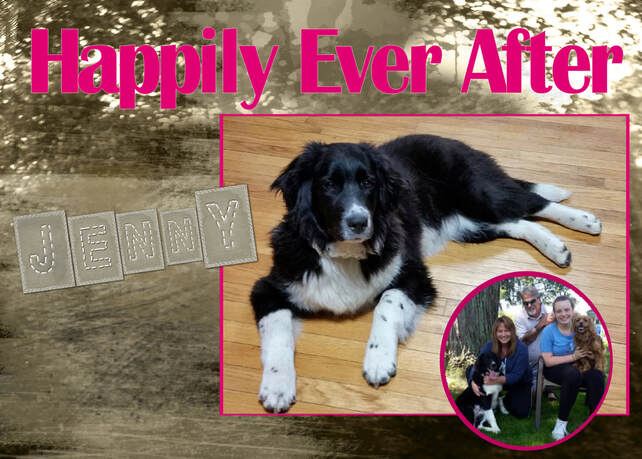 Jenny (fka Emmy) -
Quincy K-9 Connection helped this beauty (fka as Emmy) find placement with Great Lakes Border Collie Rescue back in April. Her foster mom, Denise, very much adored Emmy and taught her all kinds of manners. Just recently, however, Emmy (now known as Jenny) met her forever family. This is the message we got from Denise:

“Emmy” who was “Gweneviere” for the GLBCR website and is now “Jenny”, was adopted by a wonderful family in Michigan yesterday. The family is deliriously happy and Jenny will be spoiled and adored. The family has missed their dear Jonah since he went over the rainbow bridge earlier this year. Cooper, their other dog, has missed his buddy too as he would sit in Jonah’s favorite spots and cry or grieve. Jenny and Cooper hit it off immediately and you should have seen them playing and chasing each other around the yard.
​
Thank you Anne and Klingele Veterinary clinic for putting Jenny on this road. She was definitely a favorite here also and is missed. But she went to a family who needed her! You are all angels!